In 2014, Mark Zuckerberg invested $2 billion in the startup ‘Virtual Reality (VR) platform’. Experts and observers expected that Facebook would reap a high ROI, same way it recorded on Instagram and Whatsapp, but unfortunately, the investment resulted in a downturn of fortune.

In fact, some media experts called Facebook’s $2 billion investment in VR “one of Mark Zuckerberg’s rare mistakes.” Mark Zuckerberg took a risk, but unfortunately, it didn’t work out as planned.

Taking risks is synonymous with entrepreneurship. Successful entrepreneurs, at some point, are seen as crazy, but it’s those risks that have taken businesses to where they are today.

The reason why most people shy away from risks is that they have little knowledge about what risk-taking entails. That’s why we’ve compiled three things that will change your mind about risk-taking.

Risks are not taken at a whim

There is a general belief that a typical risk-taker jumps into it without thinking, but that is far from the truth. Risk-taking requires careful thinking, planning and hard work.

Entrepreneurs are not just risk-takers, they are calculated risk takers. Put simply, they target and move toward their goals, learn along the way, make adjustments where necessary and take action.

No matter the outcome, there is always a gain

Entrepreneurs look at the long-term gains of risk taking while others may consider the losses. For entrepreneurs, “gains” also include valuable lessons learned from failure.

So, whether their risky venture turns out well or not, they win both ways. They either make millions or they learn a lesson that is worth millions.

Mark Zuckerberg knew the risk he was taking when he decided to invest in VR. VR was new at the time, and basically unheard of, but he took the risk because he recognized the potentials of virtual reality and saw the long term gain.

It’s normal to feel the fear, but do it anyway.

That force of fear is what keeps you back from taking certain decisions and it’s so strong that you can feel paralyzed at some point.

The truth is that daring entrepreneurs feel afraid too, after all, they are also humans. They also have doubts about a certain decision and are overwhelmed at some point.

What differentiates entrepreneurs from others is that determination. They feels the fear of the risks they’re about to take, but it doesn’t stop them from taking action anyway. 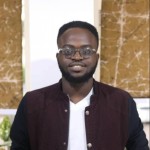 How to Create an Ideal Company Culture

How To Start Your Business With Little Or No Funds

5 Ways Tech can Boost Your Business